Dr Strage-Commute Or, How I Stopped Whinging And Learned To Love The Bike

Like most people at the ‘mature’ end of the Gen Y age range, I’ve held a variety of jobs over the years. These jobs have required me to commute a variety of distances, utilising a variety of modes of transport! Each mode of transport has its pros and cons for sure. So if you’re moving house, moving jobs, or just ready for a change, you might like this list…counting down from worst to best, here are my all-time top 10 methods of getting to work.

Best for: Connecting to another service. And London, where you get to sit on top, and up front and pretend to drive.
Worst for: Pretty much everything.
The bus. I mean, it’s a BUS. It’s basically like a tram or a train except not restricted to a track, so why is it so much worse? I really feel for the bus patrons out there. It’s bumpy, noisy, smelly. You’re stuck in traffic so getting anywhere takes FOREVER, and they are always late. So why would you bother? Quite simply, you might not have a choice.

Best for: Forming friendships (hopefully).
Worst for: Personal space, when it’s Dave’s turn to drive his 2 door Getz.
Of course, compared to a bus, it’s miles better to pile into a car with people you’re not really friends with – you say you’ll get lunch but let’s be honest, you’re only sitting that close because it’s actually an incredibly viable way of getting to work. Greg, I know you get picked up first but would it kill you to surrender that front seat (and AUX cord) every once in a while?  Sounds pretty bad, maybe I can just drive on my own. There’s a reason that didn’t make the list… 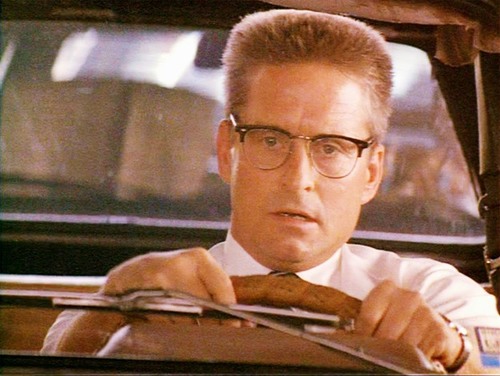 Best for: Longer distances.
Worst for: Standing up for an hour.

I romanticize about the urban train travel from around the world such as in London, New York or Tokyo.

Ok, maybe not Tokyo. Except for the forced intimate contact of suddenly being shoved into a densely packed tin of humans, nothing is romantic about catching the train to work in Melbourne. Sydney, your trains are great (double decker!), but come on already with the strikes.

Best for: Melbourne inner suburbs.
Worstfor: Sydney, your ‘tram’ is terrible and nobody loves you.
Trams are cool, so on that basis alone they outrank all other public transport. There’s something quite urban-chic about a brisk tram ride. It’s very OK, almost preferable, to stand up while you criss-cross the Free Tram Zone, enjoying inspiring safety campaigns such as rhinos riding skateboards. It’s just so Melbourne.

Best for: Shorter distances (<2km)
Worstfor: Sneaker/suit combo’s
Brisk walks in the morning are great. What better way to start the day than by finding the balance between making good time and getting a little bit sweaty? All of those little laneways you can contemplate taking to shave a few seconds off. Knowing where and when to cross the road to maximise ‘green man’ time – I really enjoy walking to work when I can. It’s the only true door to door method, and even if you’re simply replacing a portion of your journey with a walk, it’s great low friction exercise. 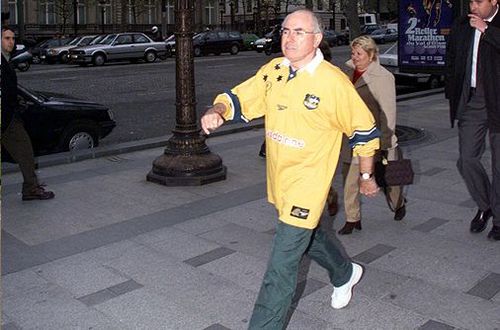 Best for: Organised, motivated people.
Worst for: Percentage of the population that aren’t organised, motivated people.
It seems everyone who’s spent a lunch break being aggressively up-sold $300 Asics are all collectively aspiring to hit the same milestone – the 25 min 5k. And if you just happen to live that distance away from work like I do, running to work makes a lot of time-saving sense. It does require a bit of pre-planning – and some end of trip facilities – but it’s a very nice feeling starting your work day with all those endorphins floating around.

Best for: Early starts and late nights at the office.
Worst for: Your hip pocket (and the taxi industry).
I stood beside a vacant taxi while I waited a couple of mins for Sergei (4.67 rating, 4,342 trips, mints: yes, water: no) to pick me up. The driver was having a nap and I didn’t want to disturb him so I didn’t feel any emotions about neglecting the ‘old way’. Rideshare is here to stay. And while I may not agree with the business practices, I have a lot of respect for a company that can swoop in and disrupt a centuries-old industry seemingly overnight. It’s time to adapt or die taxis. Rant over.

Best for: Reliving lost youth.
Worst for: Achilles Tendonosis.
When I was a fearless teenager, and up until some point in my late 20’s when conversations pertaining to good value private health insurance became more frequent, you could find me shredding gnarly hills around the Gold Coast on my way to various sources of income. Yes I have permanent damage in my ankles, abundant scar tissue, and could never really nail that ollie properly, but those carefree days a la Lords of Dogtown where the best! I see the occasional urban professional cruising by on a pretty dope longboard and I often contemplate picking that up again, if only to feel young. Just one. more. time.

Best for: The four F’s
Worst for: Commuting 15km or more.
I know that I can rely on my loyal fanbase to have given my bicycle commuting blog a read. I am not going to rehash anything, but I will say this: It’s fun, fast and free fitness!

Best for: Looking like a badass filtering through traffic.
Worst for: Keeping secrets from worried parents.

Do you have a favourite way to get to work? Drop us a line, or if you’re looking for commute-inspo, check out this deadset legend. Disclaimer: INDEX does not condone the Yarra, Brisbane or Parramatta Rivers, or Lake Burley-Griffin, as methods of getting to work.

Fun Activities for the School Holidays!

Why Being Kind is Good for You